Cannabis and sleep have a complex relationship that is only beginning to be understood by science. In general, for most people, indica strains are more relaxing and effective for sleep disorders, whereas sativa strains are more stimulating and tend to keep people awake.

Several studies conducted between 2004 and 2008 demonstrated the variable effect of different cannabinoids on sleep. In one, 15 mg of THC appeared to have sedative properties, while 15 mg of CBD appeared to have alerting properties.[416] Another tested the effects of CBD on animal models in both lights-on and lights-off environments and found that this non-psychoactive cannabis compound increased alertness with the lights on and had no discernable effects on lights-off sleep. The study’s authors concluded that CBD might actually hold therapeutic promise for those with somnolence, or excessive daytime sleepiness from a not-so-good night’s rest. Another study found CBD to be wake-inducing for most subjects, though some reported better sleep a few hours after taking it. [417]

“Many of my patients report either better energy or sleepiness on the same high-CBD/low-THC plants,” Dr. Michael Moskowitz reported. “Most, however, feel more energy on high-CBD cannabis.” [418]

In general, indica varieties of THC appear to work best as a sleep aid for most people. However, a significant number of people find THC, even indica strains, will make the mind more active. For these people, CBD oil can benefit them and tends to work well, providing the relaxation and calm for the mental as well as the physical body. For these people, CBD taken at nighttime as part of a bedtime regime produces a restful sleep, not the alertness produced in the daytime. This bidirectional effect of CBD is the result of balancing the endocannabinoid system.

In relation to sleep apnea, a 2002 animal study observed the ability of THC to restore respiratory stability by modulating serotonin signaling and reducing spontaneous sleep-disordered breathing.[419] In 2013 a trial using the pharmaceutical drug dronabinol, a synthetic THC mimic, noted improvements in fifteen out of seventeen study participants following twenty-one days of treatment.[420]

It is suggested that patients work with a health care practitioner experienced in recommending CBD or medicinal cannabis so that dosage and delivery methods can be developed and fine-tuned on an individual basis. At the same time, educated and aware patients can be their own highly informed health consultants.

As mentioned previously, while CBD-dominant products help some people sleep, in others it promotes wakefulness. Orally administered THC, especially products from heavier “Kush” strains and Purple cannabis varieties, are very effective for sleep disorders. These tend to be high in myrcene and linalool, a terpene shared with lavender and known to be effective for relaxation. Cannabis combinations with ratios of 1:1, 4:1, or 24:1 CBD:THC can be used when patients want to reduce psychoactivity.

Oral consumption is recommended as it usually lasts the whole night. Always start with the micro dose to test sensitivity and go up as needed within the dosing range before going to the next, until symptoms subside. The micro to standard dose is usually recommended to treat insomnia and sleep apnea. When relaxing indica strains are used with higher THC levels, a dose of 5–10 mg is usually sufficient. Other people find they need larger doses, such as 15–40 mg. CBD taken as a tincture or edible will aid in a restful six to seven hours of sleep. This type of disorder varies widely from one patient to the next. Often, one needs to perform some experimental research and try strains of different CBD:THC ratios to figure out how CBD oil benefits their sleep and the best protocol.

For immediate medicinal effects, vaporizing or smoking work well. This can be helpful for either initial sleep onset or for wakefulness in the middle of a rest period but only lasts one to three hours. The medication effect is immediate, whereas most ingested products take thirty to sixty minutes before taking effect (faster on an empty stomach) and last six to eight hours. Vaporizers that use a cartridge filled with the CO2 concentrate are convenient and highly effective, and these are available in various ratios of CBD to THC. Herbal vaporizers that use the whole plant are also an effective delivery method. Sublingual sprays or tinctures taken as liquid drops also take effect quickly and last longer than inhaled products.

The Cannabis Health Index (CHI) is an evidence-based scoring system for cannabis (in general, not just CBD oil effects) and its effectiveness on various health issues based on currently available research data. Refer to cannabishealthindex.com for updated information. Using this rubric, the use of cannabis-based products for treating insomnia has a rating of likely probable efficacy based on the four studies available at press time (3.4 points).

A 2007 study with the pharmaceutical 1:1 CBD:THC spray showed good results in helping patients with chronic pain sleep better.[421] REM sleep behavior disorder (RBD) is characterized by the loss of complete muscle relaxation during REM sleep, associated with nightmares and physical activity during dreaming. Four patients in a case series treated with CBD in 2014 had prompt and substantial reduction in the frequency of RBD-related events without side effects. [422] 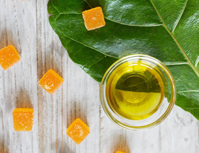 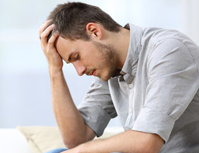 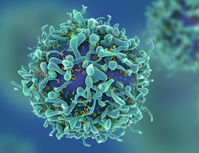 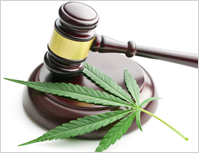